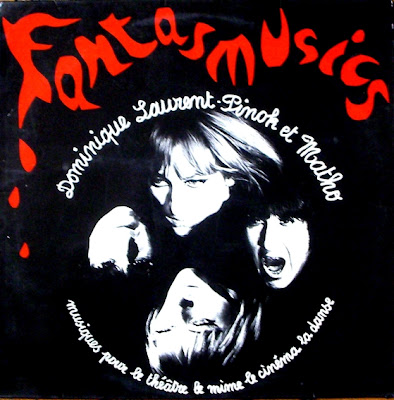 There was a high range of probability for obscure composer Dominique Laurent to be somewhere responsible for some kind of unheeded masterpiece. Following our first detailed post dedicated to this vein of french records "for the physical expression", here comes the missing item, yet the most striking and diversified: blending electronics, organ, bossa or collage elements, it is rich enough so you can even hear a drumtrick that would be popularised 10 years after by something named ... "jungle" ?

Initially created as a soundtrack for the show Abracadabracula by french Mimes Pinok & Matho, this release from 1983 strangely echoes the recent wave of interest for some of the Jean Rollin's most psychedelic soundtracks: playing with old-time fantasy clichés, it remains sometimes in a very close way genuinely mentally disturbed. 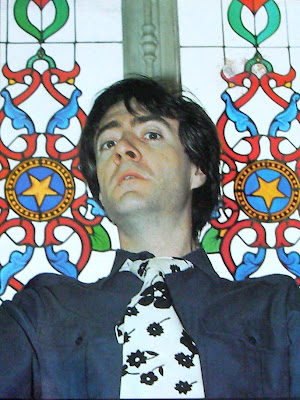 Partly mellowed with time passing by, Dominique Laurent is still active as a composer and interpreter for various theater, ballet and commercial works. Apart from the Plume d'Elan 80's TV anthem previously mentionned (also check on your way Les Viratatoums), a few extra infos that appeared online recently lead us to discover how he actually also composed children song for the holy Garcimore.