Stiroes of disck and essas 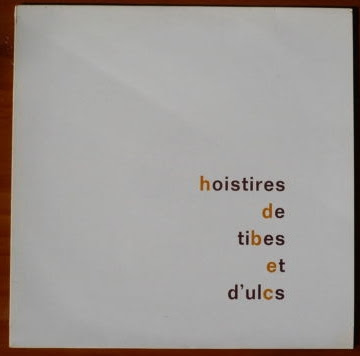 This is the kind of item that can't even be considered rare. Easy to find, it simply remains under the collector's radar because of its vague junk aura. But it's way more than another collection of these bawdy songs french people excell into: well-composed and written, this anonymous bunch of sexually explicit songs save themselves from the expected vulgarity with an original piano / organ drum machine combo layered on classy lyrics. Classy, well, as much as can be.

No label, few credits, ... At most three aliases, "Mac Fornick" being the most notable. A surprising graphomania seems to be the only clue we have regarding the man, acccording to the unusual amount of "signed copies" avalaible online. Even less infos regarding the mysterious"G.Crisland", and we will also never know if this J.dupont credited has anything to do with the one who commited La danse des pompiers ... Men fade away, talent remains.
Publié par Plaong à 12:07