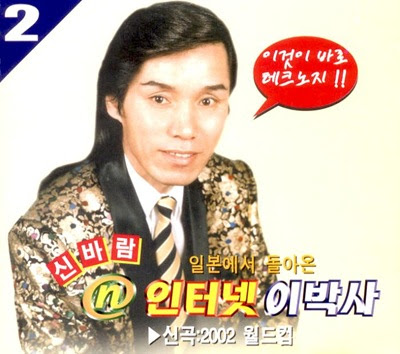 Ok the space Fantasy video has already turned up on almost every asian pop related possible blog, but a holy internaut finally uploaded the Ponchak killer material that I was expecting to find since years, with no hope except maybe taking a flight to Korea, which Cartilage Consortium's economy still sadly can't afford so far.
The encyclopedia of pon-chak mp3 appears also here courtesy of Exp Etc, where you could have a look for more.

First time I heard about Ponchak was actually more than 15 years ago, scrutating a Tokyo guide of the Popo Color zine, mentionning Takeshi Nemoto's collection of this obscure korean music tapes intended mainly for truck drivers, kind of mad obsessive cheap techno megamixes built on a few repetitive synth patterns, sometimes all along the 30 minutes of a tape side.

Initially specialized into wedding music, with a very popular audience, E pak sa is historically seen as the king of the genre, who managed to become one of these shooting superstars in Japan circa 1996, for a time that belongs to the rules of japanese fashion turnover. At that time, Sony had the strange idea to organise a collaboration with other crazy popular figure Maywa Denki, which ended up in an improbable EP released in 1997. 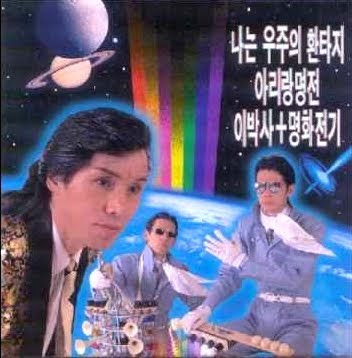 Although the last years may have sometimes looked like a low tide after his japan conquest, the wind is now blowing again on european and us youtube users accounts: it's more than time for spontaneity, excentricity, and honesty at their highest level to strike back into the charts, and E Pak Sa to get the new crown he deserves.
Publié par Plaong à 14:54