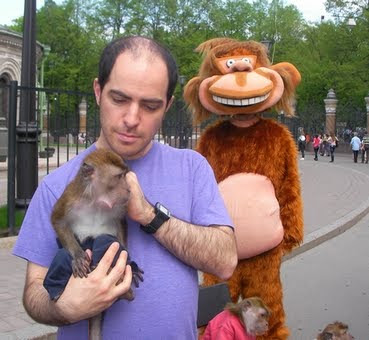 I know everyone here gets disappointed when there is no track to leech and a lot to read, but let's take a few minutes for a fancy-full scientific comparison between Max Tundra's "Which Song" and Perfume's last single:

I always considered Perfume as a guilty pleasure, it may slightly appear now a bit more guilty than usual... But none of the notes has been stolen, no sample been taken either, and the track is good in a mainstream context, both on composition and production sides... What happened then ?

"Vampirized" might be the word, when such a successfull j-pop war machine manages to gently suck the trademark of a brilliant western indie composer: revisiting jazz-funk harmonies, smashing Herbie Hancock into Zappa, juggling with Prince-like falsetto voice and prog constructions... Ben Jacobs, aka Max Tundra, had the specific idea, with a certain relevance due to a personnal culture and history, to combine elements in a visionnary attempt to create an accurate form at a specific moment that was bringing pop music to wildly personal realms. 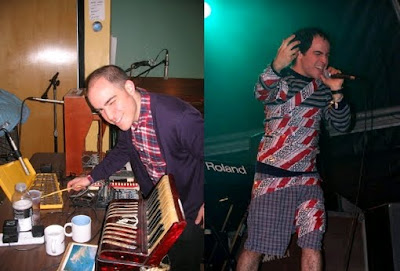 However, despite the international success and recognition he deserved and obtained among the initiates, and according the market's situation, he had few chances to turn into the kind of high-sale band to be displayed on Shibuya's screens.
A female singer trio with a brilliant former Capsule member as a producer already had everything in their hands to do it: japanese lyrics and female vocals, coupled to the most plastic sound on earth, were then meticulously treated in order to instantly please auditor with outlaw compression rates, mesmerizing frequence repartition, autotune highways, and the strongest harmonic enhancers known on earth. 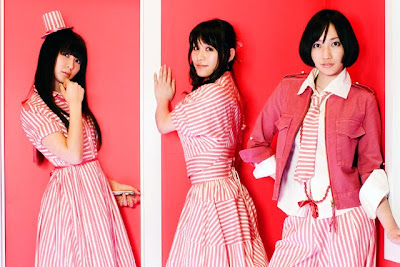 Nakata-san, brilliant producer of Perfume, amazingly talented, doesn't has anything to prove anymore, and can afford this incursion for the time of a single after having produced dozens of killer bombs in different styles. No more than a variation "in the manner of" ?

The question remains, when you start looking at record sales and counting the cash generated: why not calling the original guy who built the style, and include him at some point ? During the last years, on their way to commercial success, Perfume more and more appeared as an overcontrolled mainstream project, the one you can imagine being coached by a huge team of managers. There was probably simply no need to take a risk with an external agent. Why the hell would they have, eh ?

A brief interview with Max Tundra, evocating various topics, made after his gig at Skiff festival in St Petersburg:

1) SUCCUBS:
"It makes me think about, well, there is a chance that maybe I can produce a pop band, and make a million-selling hit, because it is so similar in style to my song, which has not sold very many copies at all, due to very poor distribution. Distribution problems are upsetting, because this latest record took me six years to record, so I'm really proud of it, it's very close to my heart, and I believe that the music is very special.
This situation just goes to show that if someone gives me a chance to produce one of these big pop bands, then maybe we can have some great success. People always say that my music is weird and experimental, but I don't think it is: it's quite poppy and happy, and there is a lot more strange music around, which is more successful than me."

2) INFLUENCES:
"I try not to be influenced by other musicians, so if I really love something, then sometimes it comes through in my music, but not intentionally. You could hear on my radio show every week I play very eclectic strange music that I like (check Resonance FM website).
I'm not much of an expert in the 70s electric jazz you mention, but I like some of this stuff, I quite like Bitches Brew by Miles Davis as well, any electric kind of jazz with fender Rhodes is very nice. Franck Zappa and progressive rock as well, not so much electronic music actually. I find it very boring especially today, repetitive and dull."

3) LYRICS:
"In the music I make, the lyrics are just one elements, and it's not more important than the drum programming, or the keyboard solo. It all fits together, and everything is as important as everything else. I don't like to give too much emphasis to one part of the music. Often the lyrics are written the last, and sometimes I have trouble coming out with the lyrics, but I'm pleased with them.
If I try to write a song about a situation or an ex-girlfriend, or something like this, then usually I run out of ideas with four lines, so the next verse has to be about something else. Usually, a song is not about one thing, maybe two lines will be one thing and then the situation is satisfied, so the next bit I have to write about something else. And it's not all true either, some of it is just fictionnal."

5) ANTI-HIPSTERISM:
"What I really hate about music today is that most people don't really listen to music anymore.
It's about the fashion or the clothes, or the style of a band, who they're hanging out with, who they're bitchin about, and it's not the songwriting or the sounds.
If I hear a song with a really amazing composition, it makes me feel amazing, and it touches some emotion inside me. I think it's important that musicians never loose sight of that, and once the American Apparel sponsorship deal wears off, then if nothing is left, there is no point in doing music." 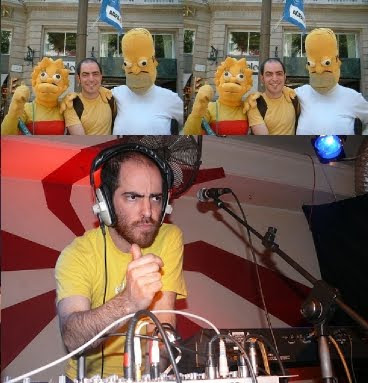