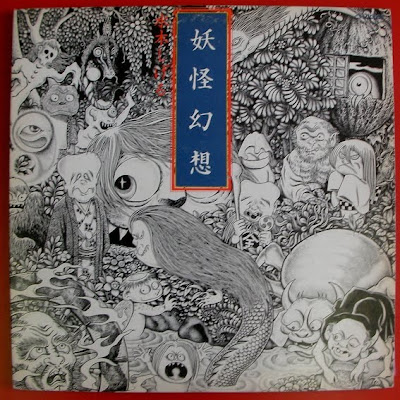 Recently carefully translated and edited in France thanks to Cornelius editions, the manga works of Mizuki Shigeru finally start being properly celebrated outside of his own country.

Across the numerous books (Kitaro, No Non Bâ...), Mizuki is well-known for his passionate depiction of the world of Yokai: a meticulous bestiary of spirits haunting japanese daily life. 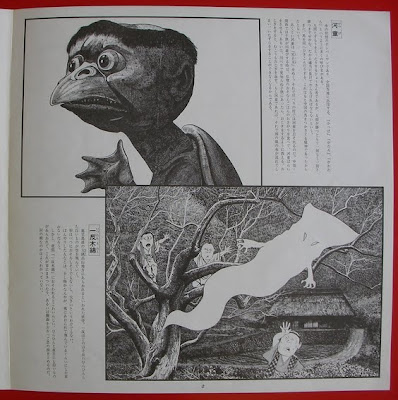 In the late 70s, he initiated with the composer Morishita Tokihiko a project of record intended to imagine the music related to the world of Yokai, intrication of electronic soundscapes, researches on tunings, avant-garde elements and a slight touch of more classic delicate melodies.

As often, nerds can find their pleasure in the synth list provided: four different MOOGs, ARP odissey, OBERHEIM 2 Voice, ... and may note Morishita-san released two solo albums in 1972 before being more involved in movie soundtracks (being credited as a keyboardist for Akira's one). 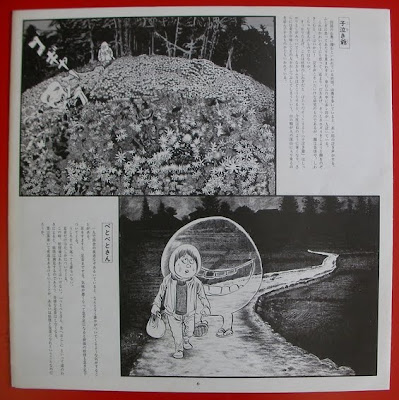 A rare item, hard to find despite a sold out 1999 P-Vine reissue, while Morishita's other works, Juhassai Miman no Ballad and Toccata, have been on their side released on Cd. 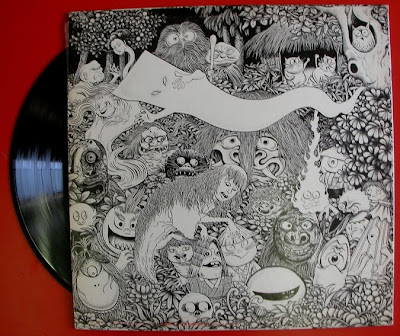