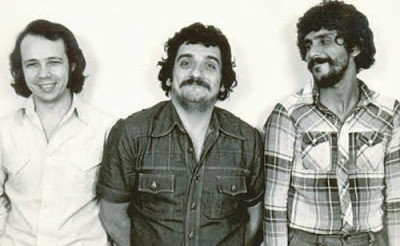 Believe me when I'm telling you that joining up the Consortium team is not an easy task - I've battled up for three weeks to come out with something that could fit in the "oddball" policy of the house (the fear over at the Bureau was that I would try and subvert their exacting, psyched-out editorial policy with deep house tracks or early IDM nuggets - something which I must confess I otherwise crave for) But I'm not of the terrorist type, rather of the compliant one, and I do want to fit in (I'm a social creature). And when the people at the Bureau asked me to focus on all things Brazilian as a way to start up our cooperation, I'm telling you, nothing could make me happier.

Now, one obvious understatement in their demand was that I couldn't bore you all with super classic misknown Bossa Nova or 1930s Nordeste Frevo shit (but trust me, I will when I'm more integrated). In the meantime, I've sifted through the swampiest territories of the Brazilian music part of my discotheque in search for something valid enough that wouldn't play the "you're not expecting this from Brazil" game in a too much obvious way (but super weird gems by industrial pop unit Harry and electroacoustic composer Jorge Antunes are piling up). So here are a few exploitation tinted tracks that could make Quincy go nuts like he's just had too many shots of cachaça (and I promise I'll keep the shut up next time).

First and foremost, Iet's take a fusion ride. I'm pretty sure all you prog-rock, electric jazz heads already know the super famous band Azymüth. Even their name was (still is, actually) terrible and a lot of their tracks could end up on a very ugly German lounge hip-hop compilations (for that matter, I just found out the international version of their first album was reissued by Far Out in 2007 with the unavoidable remix bonus cd). But they had grandiose moments, on their own or collaborating with Ana Mazzotti or ex-Bossa nova sweet-heart, later reborn as a bearded purveyor of funky, moog-y pop tunes Marcos Valle; and honestly, who cares about good taste when you can hear cuica playing the ominous part over trippy Moog escalations and Arp Solina pads in a gritty electric jazz tune?

Hidden deep down inside the fabric of their all-too-listenable first eponymous album, you can also find a funky, poppy tune sung in Marcos Valle style by a guy called Marcio Lott (a regular presence in the legendary Radio MEC studios in Rio, where the supergenius Edu Lobo - scroll further down for details - crafted some of his craziest pieces). It's called "Esperando Minha Vez" and don't tell me you wouldn't go crazy for it if it came from a super obscure library music LP. 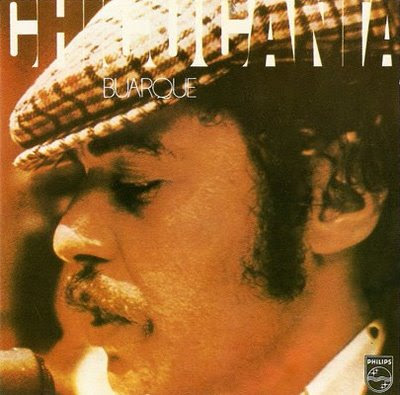 Then, a true curiosity by a true pop genius, the super famous but largely misunderstood Chico Buarque (we Frenchies have to blame a soda commercial with sepia images of mulatto kids playing football on a beach for the confusion), from his "I'm a serious composer with a big moustache and I'm more politically involved than you are" period. I could have chosen any song from his amazing, amazingly challenging Construção of 1971 but they're probably too serious for the purpose of this post (you should just go and buy the whole LP asap anyway). Apart from the sublime nocturne ballad "Barbara", few people know his Chico Canta album, or rather most people stay away from it, because of its typical 70s fusion arrangements. It's a shame. Despite the fact that most songs were co-written with Brazilian Nouvelle Vague enfant terrible Ruy Barra, it's really the arrangements by Edu Lobo which make it unmissable. The instrumental tracks are cinematique, pure blackspoitation dope: 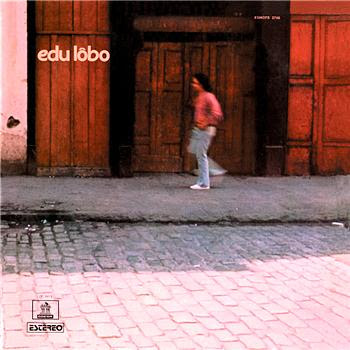 And to end on an ominous, grandiose note, I give you the opening track of Edu Lobo's most ambitious work, the christic Missa Breve. Born in 1943, Lobo had the most interesting of careers: a sophisticatingly smudgy singer, a revered composer of the second wave of Bossa-Nova (he composed classic tunes like "Candeias" or "Corrida De Jangada", famously sung by Nara Leão - we'll come back to her - and MPB postergirl Elis Regina) and author of some of the most gorgeous MPB albums of the end of the 60s, he took things to another level after studying orchestral arrangements in Los Angeles (while sleeping on a mattress at the house of his friend Sergio Mendes). Many parts of Missa Breve are instrumental, some of them verging on modern classical, Xenakis-sian moments, but I really needed to stick to the crossover, exploitation thematic of this post and have you hear his voice, too.