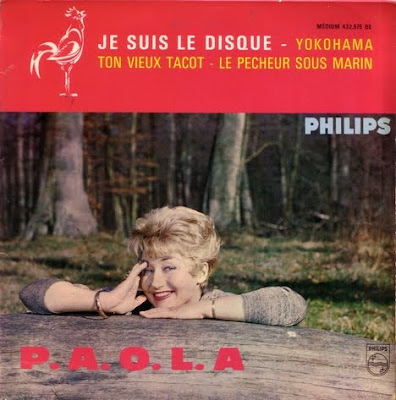 There was a time, following WWII, when japan was still for many french people synonymous of an unaccessible question mark. For many of the nowadays geeks evolving in an instant globalized world, fascinating may be these years of careful approximation, paved with pitfalls and naïve misunderstandings: pure product of that context, this Yokohama obsessive hit is a perfect audio pendant to movies such as Typhon sur Nagasaki or Rififi à Tokyo (maybe not major masterpieces, but an interesting testimony for those who do care about that specific western / eastern encounter age). An uncomfortable and ambigüous INA document refers to Danielle Darieux's experience in that country during the Typhon movie's shooting in the 50's, in which she appears both fascinated and bitterly annoyed as a woman (also very unpurposefully yet slightly condescending with her japanese co-actress Kishi Keiko). 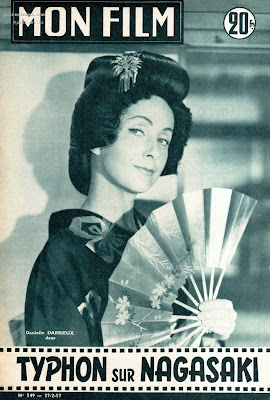 More generally, other far-east countries had a quite similar statu in the french collective unconscious, despite a different colonial situation. As already mentionned by Choron, one of the only way for common people to travel and see Indochine in the 50s - before mass-tourism arises - was, insanely, to military engage. Or to get one of these musical postcards intended to help the listener to travel, let's say, in a less butcher way... 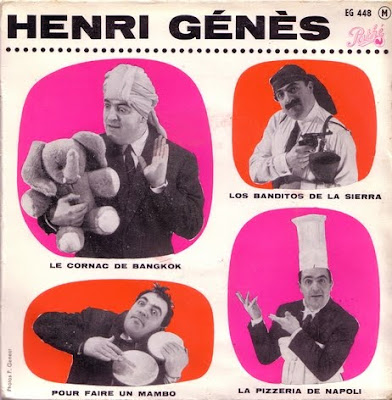 Introducing the "Cornak de Bangkok" song during one of his concerts in Bobino, the sweet Henri Génès described it as "a song I brought back from India... where I almost managed to go". Bangkok being located in Thaïland, this gives you a certain idea of the lyricist's level of approximation...
Publié par Plaong à 12:57