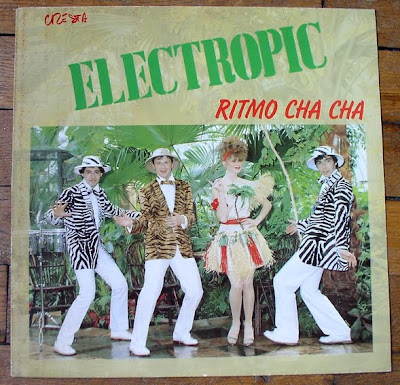 A back from the grave extract from this 1982 french synthpop LP following a first 1980 7"appearance (with a cover of La Belle de Cadix).

Produced by a Berlow / Liberman tandem (who later both moved to the world of major music business), it features the mysterious "Lise" and her BB style vocals + a consequent collection of synths provided by a credited shopkeeper that lead them all to some fields familiar with Telex or Mikado. As you'll notice from the pic, expect a general comedy abuse, but, like this Affaires Etrangères tune, record has its very good moments.
Publié par Plaong à 17:48