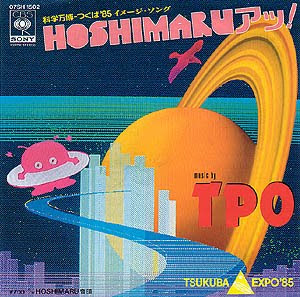 I recently acknowledged Kanji Honma’s existence by randomly browsing Sony’s Techno Magic Kayôkyoku anthology and crisscrossing data about the unsung producers of the Techno Kayô electro pop tidal wave at the beginning of the 80s. Of course YMO’s Hosono, Sakamoto and Takahashi were the movers and thinkers of the movement, but some drudges and innovators had to make up for the huge demand of both label A&Rs and sci-fi crazed teens in the audience (and the Techno Magic Kayoukyoku focuses exactly on them)... In spite of surnames written in kanji only and out-of-print releases and reissues, I managed to redeem a few mavericks like the short-lived Targets (who only released two albums in 1982 and 1983 but still managed to have a best-of album released on P-Vine in 2000), the beautiful Shi-Shonen or ex Yonin Bayashi Daiji Okai’s Pegmo, whose first eponymous album sounds like a psyched-out and even more hectic version of P-Model. Supposedly the first Japanese musician to own a CMI Fairlight’s working station, Honma (real name Jôyô Katayanagi) weirdly enough seems more famous among vintage manga aficionados for the use of several tracks from his own Honma Express solo project’s You See I in anime opening credits :

More importantly, Honma joined forces with Takumi Iwasaki (also known as plain Takumi) in pure electronic duet TPO, who recently had the honour of a full-fledged CD anthology and had a minor hit with the marvelously silly “Hoshimaru Ondo”, composed as the official song of the international Expo'85's weird mascot Cosmo Hoshimaru (interested nerds can go to this youtube channel for details): 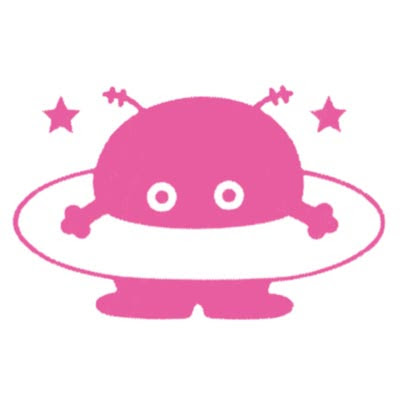 Both were also part of Films, a supergroup of some sort inspired by the Buggles which also included future members of Jun Togawa’s Yapoos and Portable Rock (in case you don't know, the great electropop unit which introduced Maki Nomiya to the world before a decade or so before Pizzicato 5). Obviously, the songwriting efforts in both TPO and Films are never half as good as in YMO’s members’ related projects, but Films’ first album entitled Misprints, which was reissued by P-Vine a few years back as part of the Techno Ca-Yo Collection, is pretty great on numerous levels. First of all, it‘s a thematic album about the future (I’m not sure how) with an instrumental opener, skits and all; second, it’s gorged with synthetic burbles and lush polyphonic pads; eventually, there’s an uncanny sensible indie pop feel buried deep inside both its pristine melodies and the hesitant vocal performances courtesy of Chuji Akagi (also a virtuoso of the Theremin, if you need to know) and Yoko Kojima. All in all, it’s a winner. Consider the long-ish, multipartite track called “30th Century Boy”: of course it begins with Sakamoto tinged notes and a lead synth part that wouldn’t sound misplaced on a Logic System track; but once Akagi’s fragile voice and the guitars show up, it just doesn’t sound like anything else.

“Take Me On The Liner Jet” sounds even more ominously naïve: the bassline is a regular upbeat Moroder stomp, Kojima’s voice is even cruder than Narumi Yasuda’s and both the vocoder-ed hook and the staccato arpeggios stand on the verge between awful and sublime. A true high-end second division techno kayô oddity!

Films - Take Me On The Liner Jet

Always the technology lover, Honma recently achieved a whole album only using a Nintendo DS called “DS I Love You” and Sakamoto is a fan (well, he tweeted about it). We wish him the best.