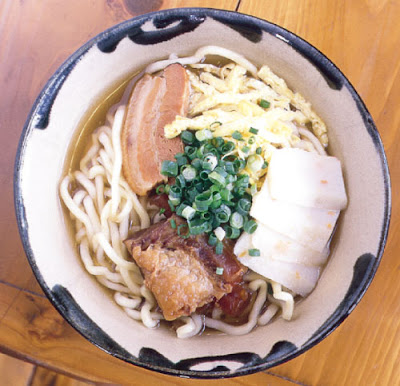 Most people have heard more Okinawan folk music (and drunk more Okinawa awamori) than they know: the peculiar sound of the three-stringed sanshin is almost as ominous to Western ears than that of its descendant the shamisen, and the tradition of Okinawan shima-uta (島唄, "songs of the island") has been kept alive and kicking through the very popular crossover efforts of Takashi Hirayasu and (before him) Champloose leader Shoukichi Kina, who composed the very first greatest hit song to come out of Okinawa, "Haisai Ojisan".

A frequent collaborator of Ry Cooder, Kina even had the honors of a David Byrne curated compilation as volume 2 of his Asia Classics collection on Luaka Bop (the very same series that saw the release of Vikaya Anand's anthology Listen Now! Dance Raja Dance, a very special Cartilage favorite indeed) and it's easy to understand why: mixing enka styled country music, 70s rock, punk rock energy and burbly synthesizers courtesy of Sandii & the Sunsetz co-leader and Haruomi Hosono collaborator Makoto Kubota, Kina's fusion efforts are magnetic and nothing short of irresistible - at least up to the mid 80s (things inescapably turned ugly with the advent of DX7 driven salon world music). Recorded in 1977 at the peak of his creative moment, "Tokyo Sanboka" is super energetic bliss: 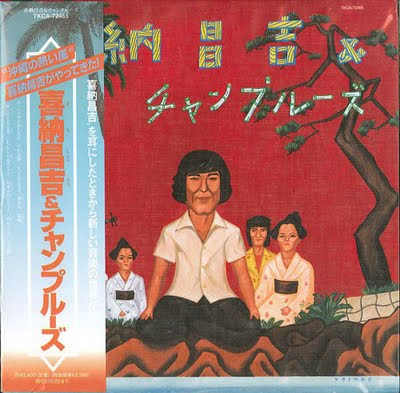 Not an Okinawa native himself (he was born in the district of Minato, in Tôkyo), Hosono has incidentally entertained a long-lived fascination for Okinawan music, which is at least as prominent as that of his passion for Hoagy Carmichael’s “Hong Kong Blues” and Martin Denny’s imaginary Hawaii. From his exotica-driven pop trilogy of the 70s to his great ambient masterpieces of the 90s, his extensive recreation of shima-uta is pretty much a constant feature of his music, and an influential one for that matter: hokoten superstars The Boom had an amazing hit single with an allegedly Hosono (ugly) pakuri called “Shimauta” which sold more than 1.5 million units.

More surprisingly, his super long-time YMO sidekick Sakamoto Ryûichi himself also revived the idea of a pop version of Taketomi Island’s hymn “Asadoya Yunta" (which he had helped Hosono cover on his own Paraiso 1978 masterpiece) at the time of his great “world music Quincy Jones” years. Apart from the Youssou N’Dour annoying singing exercises, one can only relish at the tenderness of his own version, magnified by the presence of Nenes leader and great sanshin player Misako Koja:

Even sweeter is his version of traditional song “Chinsagu no Hana”, which adds burkinabé percussions and typical emotional strings to the ethereal mixture, to heart-rending effects (I kind of take it for granted you're not of the cold-blooded type of reader):

Obviously, Hosono’s nods to Okinawan music remain the more relevant and less predictable ones, especially when they power up his ventures into electronic music. Apart from the 100% Okinawa culture driven ethno-ambient soundtrack “Paradise View” (released in 1985 and annoyingly hard to find, you tell me if you find a copy), fragments of shima-uta can be heard in the least expected surroundings. They are for instance all over YMO’s “Absolute Ego Dance” (with a typical vocal performance by Hawaiian born Sandii), released on their hits collection Solid State Survivor: 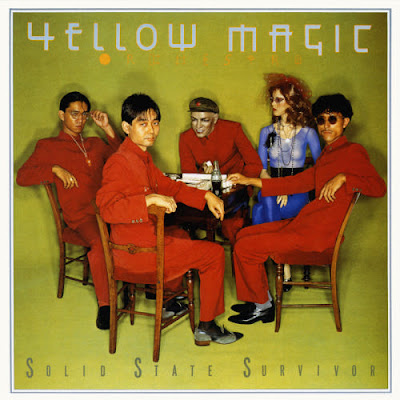 Similarly, the hectic gem he composed and produced for the short-lived techno-kayôkyoku unit E.S. Island, lead by 70s idol Sanae Takahashi, screams Okinawa all over, in the weirdest, most convulsive manner: 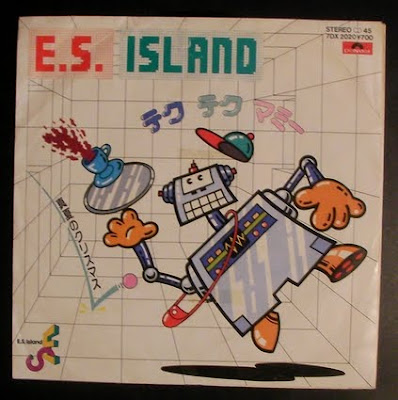 Closer in style to his hippie-ish pop ambient project Love, Peace & Trance (formed with Wha-ha-ha singer Mishio Ogawa), Hosono recently came back to shima-uta with the heavenly nostalgic and delicate “Roochoo Divine”, which intensely echoes his own 1974 song “Roochoo Gumbo” and was released as opener of his rarities collection Archives vol. 1. Accordingly, it is the single most beautiful piece of music he recorded in recent years, which says a lot about how great a song it actually is. 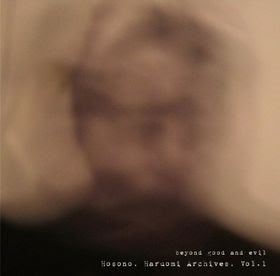 Following Kina's and Hosono’s pioneering gestures, a great number of current Okinawan indie pop bands still display the obligatory nods to shima-uta, even if not in the most creative manners. I’m not sure it means the folklore is actually in full bloom or artificially kept alive, but I can’t think of any other example of folk music in Japan which have entertained such a constant dynamic of reinvention. Next time, let’s go back in time and see what Okinawan musicians of the 60s had to say about the matter, with a survey of the wonderful Ryukyu Rare Groove - Shimauta Pops in 60's-70's compilation (Yara Family, anyone?).
Publié par Olivier Lamm à 14:42