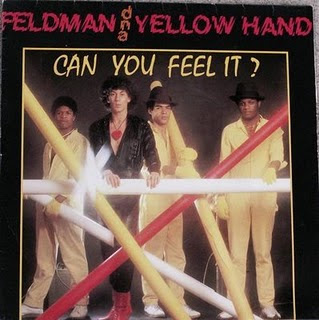 Feldman and Yellow Hand - Can you feel it ?

Before becoming the beloved friend of families and children, the ultimate studio nerd François Feldman had a youth, truly infused with soul, glittery funk and the decisive influence of figures such as Marvin Gaye or Stevie Wonder.

These were years before he manages to enter the charts, although this 1980 You want every night is now considered as a collector's scarce classic. Then, he embraced a typical 1984 sound (Wally Boule Noire, omg this vocoder break, but check also Obsession), allowing him to appear in the french Sidney's H.I.P. H.O.P. tv program with such unforgettable punchlines:

"I do the synthesizers, arrangements [...], There are lots of black people who strongly rule in studio, you know, the funk."