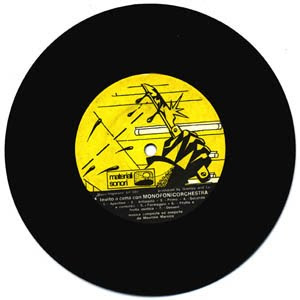 From minimal synth to italo-disco, with avant-garde elements and a specific taste for drum machines, Maurizio Marsico, the man behind Monofonic Orchestra, brilliantly crossed the tumultuous ocean of italian underground through the years, although he remained quite confidential outside of the italo-german axis. 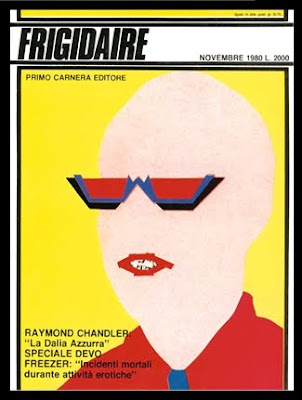 Involved with Luca Majer and Al Aprile between 1979 and 1981 into experimental 'Lectric Art trio, Marsico also was in the neighborhood of the italian avant-garde collective Frigidaire (an extension of the Cannibale crew) alongside Liberatore, Tamburini, or Massimo Mattioli, who published here the stories of Frisk the Frog: a character who became also the protagonist of an early 7" hip hop single produced my Marsico.
"I was a DJ with a sound system, a Korg analog synthesizer and various vocal effects. It was in 1981 and I wanted to improvise a bit of vocal rap. We did many damages both to us and other people."

Still active as a contemporary composer, his last album includes contributions from Robert Wyatt et Derek Bailey, while early works have been reissued recently on cd by Alga Marghen. Be sure I pray for more posts on Marzico in the future, if lucky enough to find a copy of the Funk Sumatra now rare italo bomb.
Publié par Plaong à 12:12