Underevaluated figure of the french free jazz scene, Jacques Thollot is mainly recognized among these networks for being the guy who played drums with various legendary figures such as Barney Willen, Don Cherry, Steve Lacy, but also occasionally with Bud Powell or Chet Baker, when they sometimes were having a night in Paris.

A fascinating documentary on the very official Mezzo tv testifies of a golden french age made of hip appealing clubs, neverending musical emancipated stream, and the more or less legal substances gently powdered on it... You could even accidentally get stuck on the way discovering french variété singer Claude François' connexions with the free music world.

Some other people heard of Thollot through a very different entry, as one of the protagonists of Jac Berrocal's 1991 album La Nuit est au Courant, and more generally as part of the Berrocal fellowship.

But appart from this drummer identity, he's also a fantastic composer who released two especially fascinating albums in the 70s that settled the basis of a strong personnailty with a blend of electronic experimentations interspersed between drum tracks and sophisticated melodies. Extract from Quand le son devient aigu, jetez la girafe à la mer, this 1971 tune crazily contains all the manipulations and structure work, derivated from the concrete approach, that you will hear again more than 20 years later through the plugins of so many laptopers. 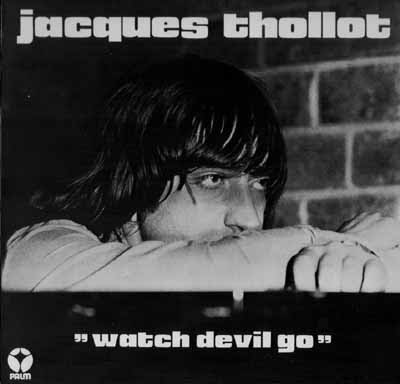 A fascinating very complete interview here, and complete albums may be caught as often on the Holy Grails France Musik and Mutant Sounds. 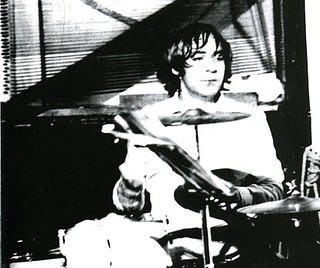