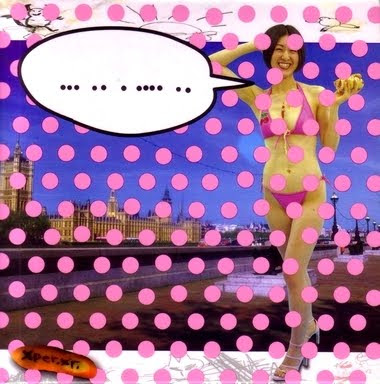 The most thrilling thing regarding Hong Kong's mighty Xper Xr, could be to discover along interviews how much his intensive practice of musical dumbness may actually challenge all the Deuleuze, Derrida, and Heidegger quotations he's sprinkling on a crust of Prince's Purple Rain.

Let's consider his own instructive post-situ views for the classy french magazine Revue et corrigée in 2001:

"Once upon a time, in an obscure county of this obscure world, there was a kid playing obscure guitar to become a rockstar. It happend that after four years practicing electric guitar, and a little bit of drums, something was reveald to him: what he was calling music then could actually be summarized in few words: basic melodies, sterling virtuosity and pretty face (and maybe our hero actually didn't have any of this in his possession. But nevermind)." 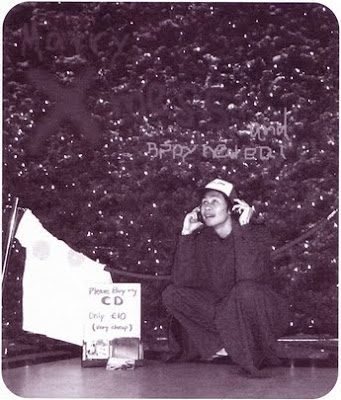 "Nowadays artists don't have the mind configuration to criticize the commercial system's holy trinity: Music - Lifestyle - Image, and these mechanics working nights and days to produce what we don't want, but always end up buying." (...) I wasn't conscious that my music could contain any irony, but if it is the case, it's only to justify and appropriate the critic I'm criticizing, the copies I'm copying."

"The ultimate goal of our civilisation is to turn everything into something popular. Everything that can be named must be labelised under the banner of fashion: fashion doesn't follow any principle, fashion is what is to become something else. We can then hear techno music, or indie pop that incorporated noise without being disturbed at all. Is it sonic pollution, or the ultimate form of fascim in times of peace?" 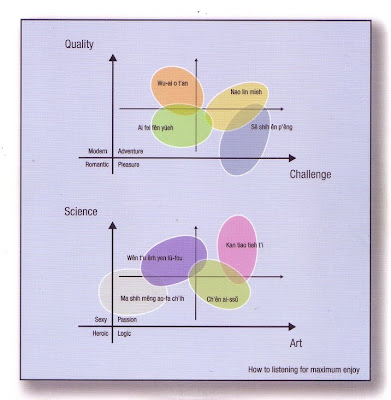 Aside from these fascinating considerations set aside the glamorous skills of a guy able to cover such thing as Maximum Overdrive, Xper Xr is also mythically known for another very specific activity: driving dragsters. Wow. 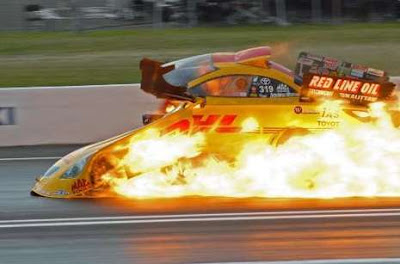 The well titled " ... .. . .... .." in entirely made of billboard hits transcriptions for a chinese traditionnal orchestra. However, it strongly looks like people were recorded separatly, unable to hear each other, and almost discovering the scores for the first time, everything being afterwards edited alltogether to get the expected result.
Indeed, record finally contains some of the all-time best versions of songs such as Right on Time, S'Express, and other fundamental classics.

Lün Hsiao Shuai, earlier piece in his discography, is a more solo, pleasantly junk and stimulatingly chaotic album also containing live elements recorded on radio Aligre.
While some connexions might occasionally be found with Negativland, V/Vm, or some of the things produced by Yoshihide Otomo / Yamantaka Eye, the result remains hugely haunted by personal obsessions, as proven by this Santana guitar karaoke unique overdub. 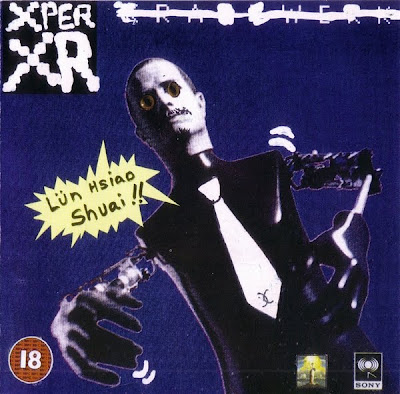 These records are still avalaible, here or there, track them down !
Hours of fun with friends, at the beach, or vacuuming your nest.

For complete fascinating interview (in french), you can order the excellent n°47 of Revue et Corrigée.