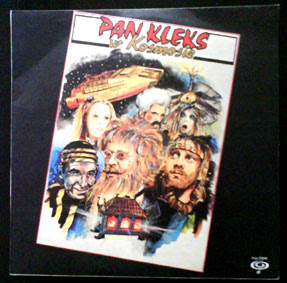 Three different movies (+ 1 animated) were made based on the fictionnal character of Pan Kleks created by polish writer Jan Brzechwa.

This LP was released as soundtrack of the 3rd one from 1988, extremely popular and beloved in Poland, but that remains quite unknown outside of east european countries.