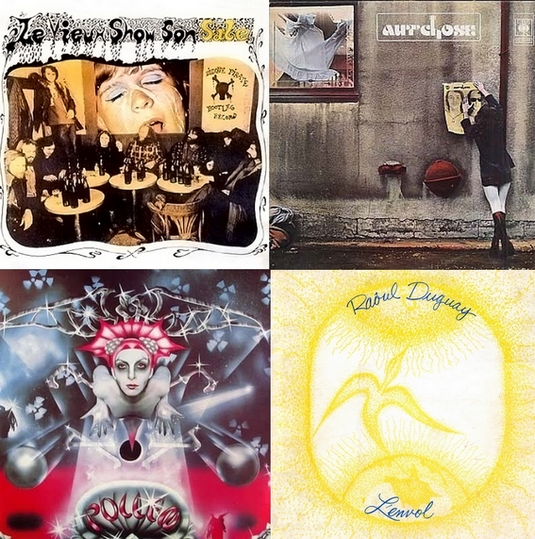 Intended to celebrate and draw our french's audience attention on the quebecan freak wave from the 70's, this highly subjective podcast purposefully skips many of the progressive classics (Les champignons or L'infonie) as well as the earlier garage / freak / funk ones that were already reissued to focus more on songs that appear sometimes to be more suprising interludes or UFO side-dishes. Excerpts from albums that are not necessarely fantastic all way long, they often drown poetry into lsd, blending cheesy aspects with wild electroacoustic and studio experimentation.

I couldn't resist in including the classic Mama Vagina that quite started it all since the canadian label Mucho Gusto digitally reissued it. Second track by Claude Peloquin comes from the less celebrated l'Ouverture du Paradis, while the one by Michel Madore (taken from le Komuso à cordes) is actually also a product from Jean Sauvageau's studio. 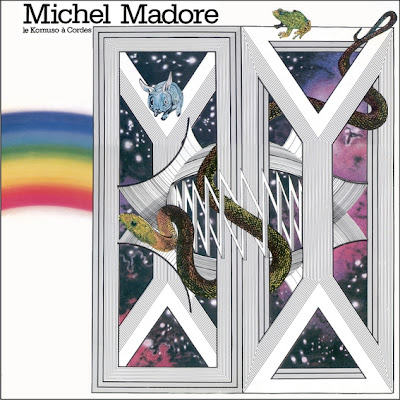 On the more classic chanson side, le Tango des concaves is taken from the cult Le vieux show son sale, written and sang by Plume Latraverse, while the two track by the band Aut'chose (leaded by the poet Lucien Francoeur playing with various session musicians) are from Prends une chance avec moé.

And last but not least, take a bit of your time to visit the reference blog Psyquebelique, from whom I borrowed the fantastic track of Bernard Bonnier.

As this post wouldn't be complete without putting a face on these voices, here comes a selection of the national treasures at their best. Specialists will notice that Raoûl Duguay's glorious appearance at la Nuit de la Poésie was part of an edit in french tv program l'Oeil du cyclone ("Poésie mon amie"): one of the many reasons why I allow myself to conclude on a warm tribute to Claude Gauvreau.
Publié par Plaong à 14:43