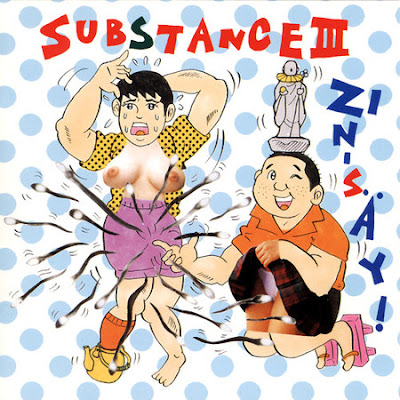 Comparing to the big names who got recently rediscovered by westerners interested in japanese new wave titillating archives (think Uchôten, P-model, Plastics, or Hikashu), Jinsei remains so far outrageously confidential outside of its own country.

Also spelled Zin-say or 人生, this former project involving future members of techno unit Denki Groove started circa 1985 while its protagonists were still young male students. Thanks to its wild homemade first recordings, it quickly caught the attention of Uchôten leader Kera and his label Nagomu. A catalytic connexion, propeling the band who managed to build a substential aura with its blend of sonic insanity, cracked up electronics, gross stage costumes and occasionally poetical lyrics like "there is something rotten in the asshole".

Each one of these fellow bands from the 80's experienced a different destiny: some like Uchôten ended up signing on major labels, others like, Picky Picnic, managed to release some of their records in Europe ... Despite a reissue as part of the Nagomu collection, a decent thread on Mutant Sounds, and the efforts of a few hardcore fans like femaletrouble, Zin-say's mutation into Denki Groove might partly explain why its cult got less maintained outside of Japan than others. Like Karate Bakabon, its irrecoverable amount of oddness maybe did hold off the most conservative listeners. Scared pussies ... 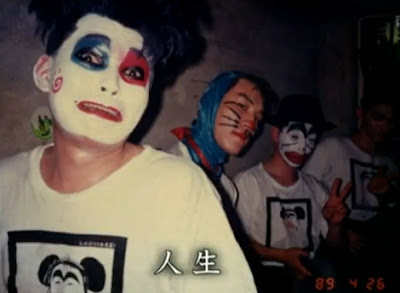