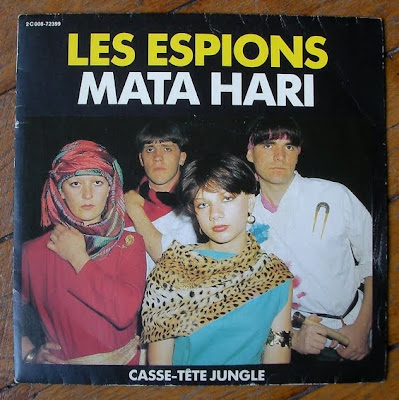 Among the members of that not-so-usual french synth-pop band, you will find Daniel Chevenez, future half of Niagara (who also produced les Calamités, among various other things), for what happens to be their only 7"release from 1981.

Infos are scarce on the band and its other mysterious members so we'll simply extract here the sweet mesmerizing B-side and also will notice that Pierre-René Worms, in charge of the cover portrait, is well-known for his experience as a photographer who shot the eclosion of new wave in France at the time.
Publié par Plaong à 10:30