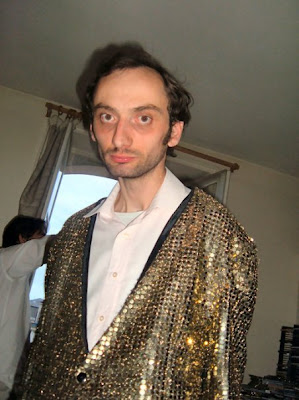 Although he's already a king for some of you, our wise readers, I'd like to take the opportunity of this outsider related bunch of posts to introduce Stephano di Mariano on the Cartilage Consortium. Besides, as his website remains mysteriously blank since a few months now, some of the most striking tracks - according to me - are not avalaible anymore, and I'm sure a few foreigners will be happy to discover such a french hero.

First time I got introduced to him was thanks to a friends' daughter who managed to caught a mysterious tape copy of the Petit Bikini. It took me time to discover the man was also a quite famous public street character in his city of Angers, although many people here didn't know he had such a practice. I spread the tape through various ways, mixes and other friends. A few years after, a website and myspace page were open, and a part of the mystery was solved, without spoiling the songs in any way though: a face, a world. And a unique technique consisting in overdubbing his fragile voice on various instrumentals with a rough tape recorder.

But while he is mainly famous for funk-based covers, whose lyrics in french quote De Funès and quickly turn to sexy allusions, I personnaly have a crush on this magistral masterpiece, insane heartbreaking overdub exercise on classical music. And, as a last word, let's escape in dreamy fields and put again the track which started it all. 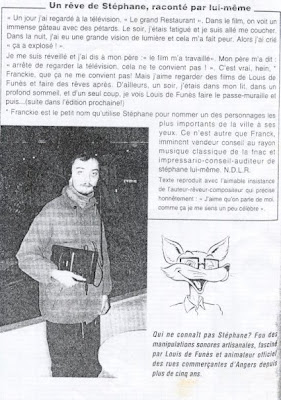