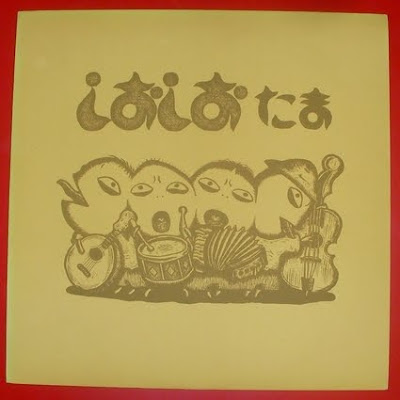 In Europe, Tama is often perceived as a side-project run by members of The Pascals, Toshiaki Chiku (voice, guitars), and Ishikawa Kohji (drums), highlighted in France by the stunning compilation Half moon of Pascals.
In Japan, though, Tama is still huge in every memories with a hit that entered the charts in 1990: Sayonara Jinrui, and is also highly recognized among the critics for a discography rich of dozens of albums, and various side activities of its members. The 4 people unit also included Yoichiro Yanagihara (keyboard) and Kohji Takimoto (bass), and stopped in 2002 without pain or tears. 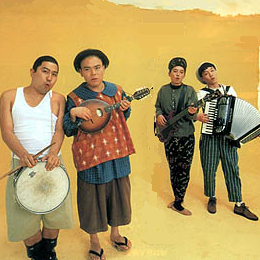 Tama's songs specificity may be found in the incisive singing and strings balance, woodblocks drumming, a genius for stage theatrics and characters incarnation, and a general sense of energy, oddness and generosity.
This Shio Shio LP presents the interest of a specific edgy room sound, while most of their production was often recorded in a more cosy studio approach. 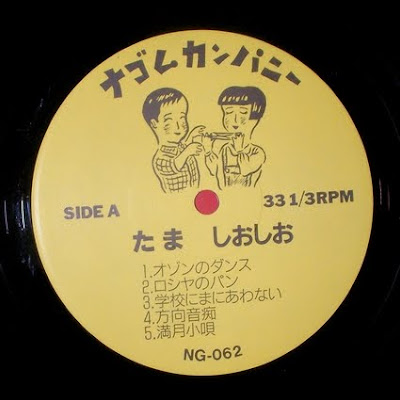 Keiichi Ohta's recognisable trademark indicates that it was released by the legendary Nagomu, one of the most fundamental japanese independant record label in the 80s, who released also Picky Picnic, Uchoten, or Masakosan, among many others.

It was then reissued on Cd (avalaible HERE, worldwide shipping), as part of the Nagomu collection.

A very good complete article about Toshiaki Chiku is also avalaible HERE
Moreover, his unique collection of insects, and a solo video: